I see my target even though I’m nearly sitting in the back of the bus. Luckily, the seats are more or less half full this time of day. Don’t get your hopes up, I’m not an optimist by nature, but I do appreciate it when serendipity decides to make an appearance. You see, I’m going to kill someone on this bus today. Not just today, but within the hour, perhaps sooner.

I’m not married, I used to be, so this isn’t about a love affair gone wrong or anything as dramatic as that, at least not for me. Also, nobody killed my wife, so this isn’t about revenge. The simple truth is, I kill people, and someone pays me. Hell, I’ve even taken contracts directly from my victims, more than a few times. Life insurance doesn’t pay out for suicides, you see.

People might expect to see a cue ball headed, dead-eyed drone wearing a two thousand dollar suit and a brightly colored tie when they think of a contract killer but that’s about as realistic as a house made out of cookies. Most folks want to believe that guys like me do not exist at all, except at the box office. If you put a tub of butter and salt and a half gallon of sticky, brown liquid in their hands, most plebs will swallow whatever myths you give them to swallow. At a time like this, it’s tempting to be clever and say something witty such as “They can’t see the forest for the trees,” perhaps, which is apropos when dealing with the public. Maybe that’s not being fair, but fair has no place in my world. There’s no goal line, out of bounds, timeouts, fouls, and there are damn sure not any free throws. In life, there is only success and failure, and the gods granted us the power to define them both for ourselves.

In preparation for this job, I’ve been riding this bus every day for the last week. After this next stop, the only passengers left will be the cute Hispanic lady with her two young kiddos. Typically, she’ll have a smile on her face and a sack full of groceries, the brown, paper kind rather than the plastic. She always speaks Spanish to the driver, even though he looks like the usual white guy, kudos to him for learning a second language. Of course, I’ll need to be careful since there are sometimes sporadic passengers that remain after she gets off. Each day, I  spend some time wondering what her name might be which is shockingly human of me. Don’t get excited. It’s merely a symptom of an inquisitive mind, one that has served me well in my efforts to date.

The time was drawing nigh. As the bus lumbered from stop to stop, the heads of the passengers in front of me appeared to bobble in unison as if the goodly, mechanical dinosaur held sway over the lot of them. The bus veered to the right as it prepared to make yet another stop. Almost all of the people stood up in anticipation. I paid close attention to the woman and her children, one of whom seemed to be doing a variation of the pee dance. Once the bus stopped with the typical squealing of the brakes, she joined the herd of others as they slowly filed through the doors. Soon, I noticed that I was going to be the last person on this bus, which did not bode well for my plans for my prey.

Many calculations ran through my head. I did not want to be the only person to exit the bus as my victim exited this realm, though I don’t forsee it as a major issue given my chosen method of execution. Also, this bus stop is about two miles from my planned exit, which would not be much of a problem either but I detest adlibbing unless it’s absolutely necessary.

Suddenly, my indecisiveness brought me to the point of irritation so much so that I stood up without a second thought and closed in on the back of the herd. The lovely lady with the children and sack of groceries stood ahead of me. One of the kids held her mother’s hand and stared directly at me. I smiled at her, genuinely, but she only stared at me, lacking any warmth or wonder in her eyes. In truth, I could describe my eyes just the same. It could be that I was reading too much into it, but that was the nature of the beast that I set out to slay each time I sign on the dotted line, so to speak.

We were just about to reach the front of the bus when my mysterious lady stopped to chat with the driver, nearly clockwork these two. I had a white bag from the pharmacy with a prescription for John Stone, my current identity. Luckily, John has diabetes and easy access to syringes. I reached into my pocket and grabbed a syringe, carefully slipping it behind my back. Suddenly, I fell forward as if I had tripped, making sure to knock the kid down as I did. Once I bumped into the driver, I injected him just behind the armpit.

“I’m so sorry! Are you okay? Is she all right?” I asked as I swiveled my focus from the concerned mother to the annoyed driver. Being a big city, thankfully, neither of them did more that gift me a foul glance while they both focused on the now crying toddler. I saw this as the perfect time to make my exit, perfect timing being just about my favorite thing in the whole world.

As I stepped off of the bus, I took note of the street signs and headed south. Even though I got off at an earlier stop, serendipity, along with my smartphone, informed me that I was actually closer to my final destination than I would’ve been had I followed the original plan. This contract was all but over.

After only minutes of walking and crossing a busy street or two, I had arrived. Now, you might be thinking that the bus driver fell dead instantly, something you might have seen while downing the aforementioned syrupy beverage in a dimly lit theater, but this is no movie, nor ill-conceived television plot hastily smashed between the commercials for hemorrhoid cream and a mid-life crisis mobile. The injection that I gave him was high end, and he’ll simply never wake up in the morning, stroke or heart attack being the cause. Even if I somehow draw the only genius level medical examiner in this state, they’ll never chase more than their tails in this case.

For some time, I had been standing in line amongst the forgotten of this city, addicts, and a few thrifty consumers brave enough to rub shoulders with these ruffians. A cheerful volunteer called for the next person in line, me, and I smiled as I stepped forward. I handed the needle to a nurse dressed in scrubs riddled with emojis. She secured my needle among many other anonymous contributions, and I even received a fresh one in exchange.

This might seem like the part of the story when I sent a one-word text message or made a five-second phone call spouting only a phrase meant to inform my temporary employer that the deed was indeed done but that’s not how this will go down. I’ll probably wait a few days before I make that call and then I’ll dump the phone in a recycle bin at the nearest big box electronics store. Then, I’ll buy some music, jazz most likely, and a package of candy while I wait in the checkout line. We all need something to do while we wait to check out, I call it living. If you’re unlucky, you just might meet a prick like me on your last day. 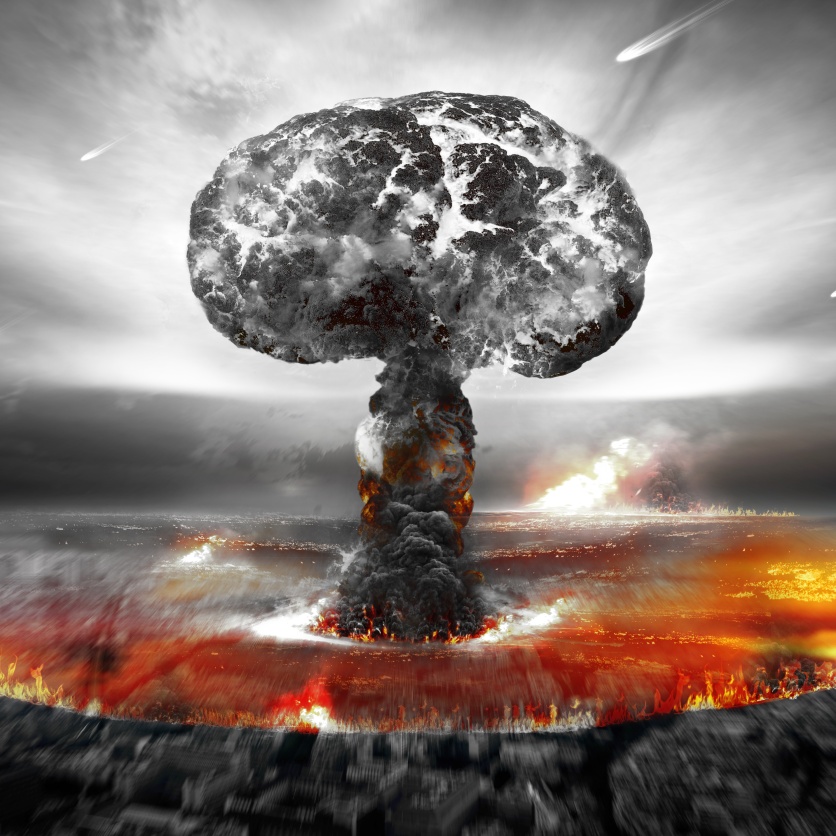